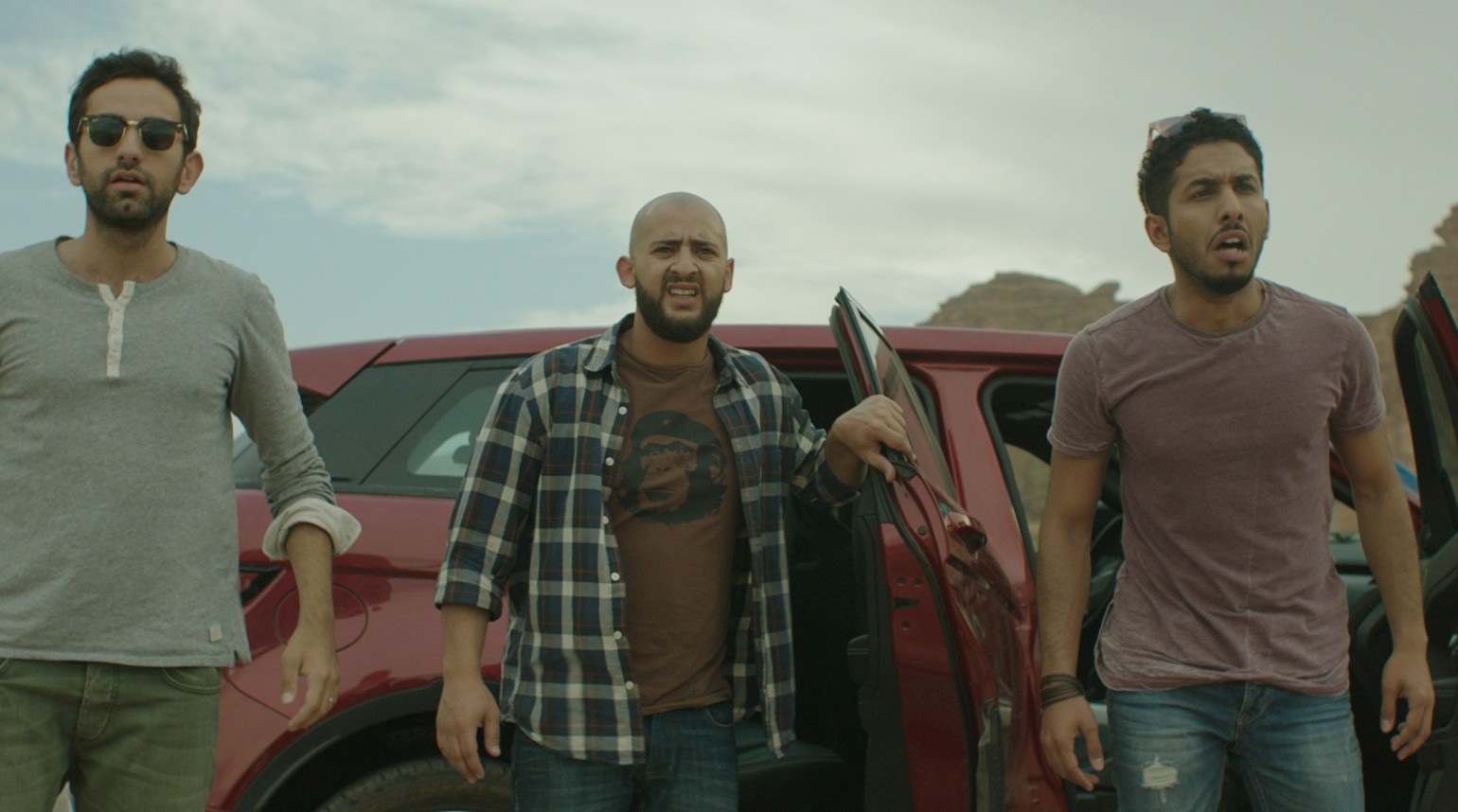 Opening Night: From A to B

The year is 2011 and Omar (Rifaai) finds himself still racked with guilt over the death of his best friend Hady, who passed away five years ago. Now, just days away from the birth of his first child, he decides to take the road trip they never got to take…much to the dismay of his very pregnant wife.

Omar reaches out to his estranged high school friends Jay (Albutairi) and Ramy (Alfons) who have lost touch since Hady’s death to take the road trip in his memory.

Jay, now a playboy/ wannabe DJ, and Ramy, an #activist (with 737 twitter followers!), take some convincing, but finally agree to the trip. The boys decide to drive from Abu Dhabi – via Saudi Arabia, Jordan, and Syria to arrive in Beirut, on what would have been Hady’s twenty-fifth birthday.

Their journey is filled with speedbumps – breakdowns, wrong turns, shady mechanics and a camel or two. If all of this doesn’t drive them crazy, it might just bring them closer.

Please join us for the opening of the 19th Annual Arab Film Festival with the Premiere of From A to B at the Castro Theatre, followed by the After Party of the year, with The Narcicyst and DJ Emancipacion.

After Party  at the Mercer

*** VIP Ticket and Pass includes special invitation to the VIP Reception (6pm – 7:30) before the film screening, and the After Party at the Mercer.

Opening Night: From A to B