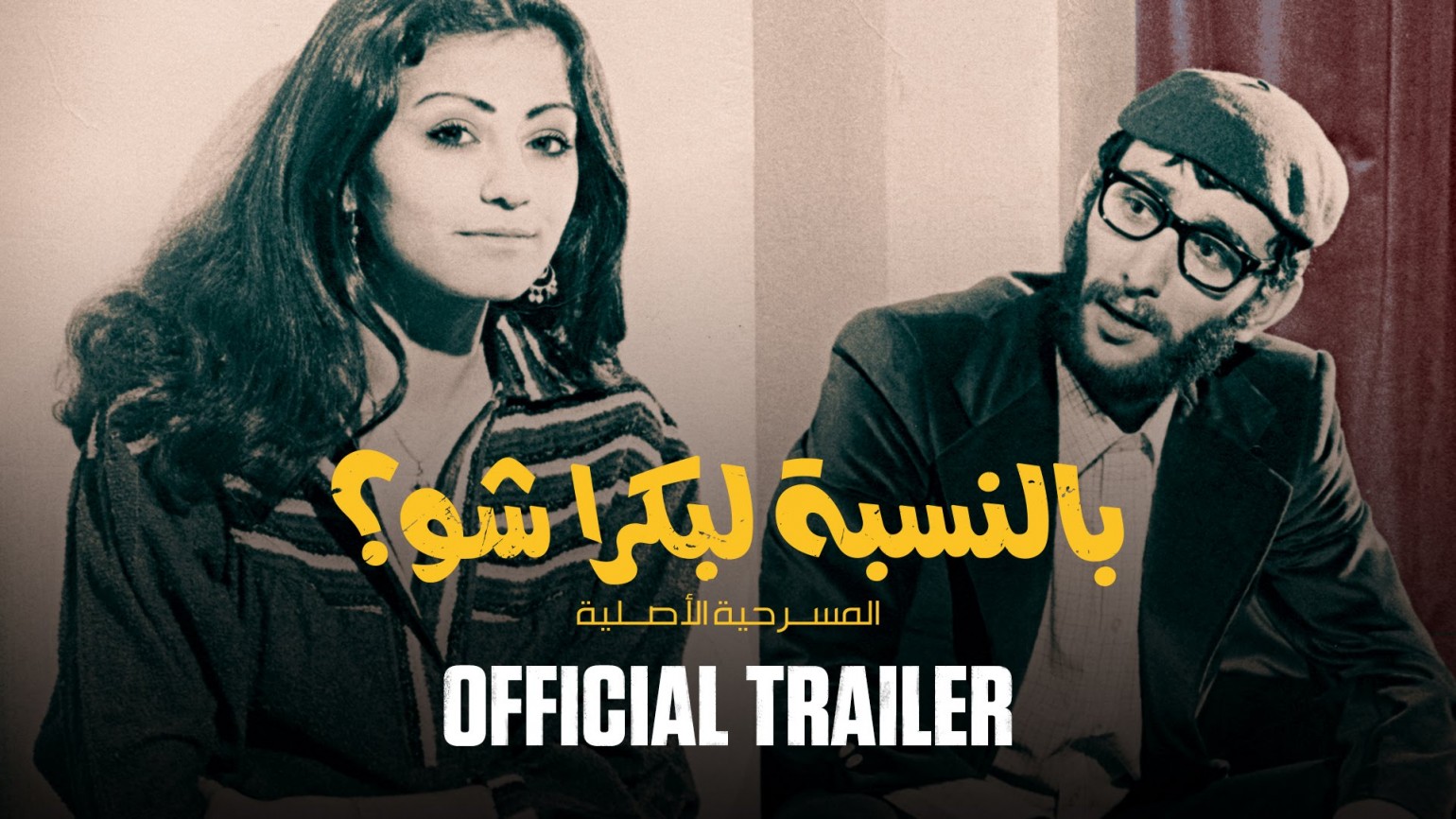 Performed in 1978 over eight months, “Bennesbeh Labokra, Chou?” takes place in a bar in the trendy Hamra district, hosting a variety of people such as poets, reporters, businessmen and foreigners.

Zakaria (Ziad Rahbani) and his wife Thuraya (Nabila Zeitouni) have moved to Beirut from a rural village and work together at the bar to provide for their family and improve their social status. But as the couple’s ambitions are thwarted by the high cost of living, Thuraya also takes on, with Zakaria’s consent, remunerated escapades with customers to supplement their insufficient salaries and get out of their constrained financial situation.

A comedic tour de force with many faces, sensitively recreated with substantial restoration of original footage filmed with Super 8 cameras over 35 years ago, and retaining iconic music and cult-classic songs performed by the talented late Joseph Sakr, including “Ismaa Ya Rida” (Listen, Oh Rida), “Oghniyat Al Bosta” (The Bus Song) and “Aayshi Wahda Balak” (She is Doing Fine Without You).