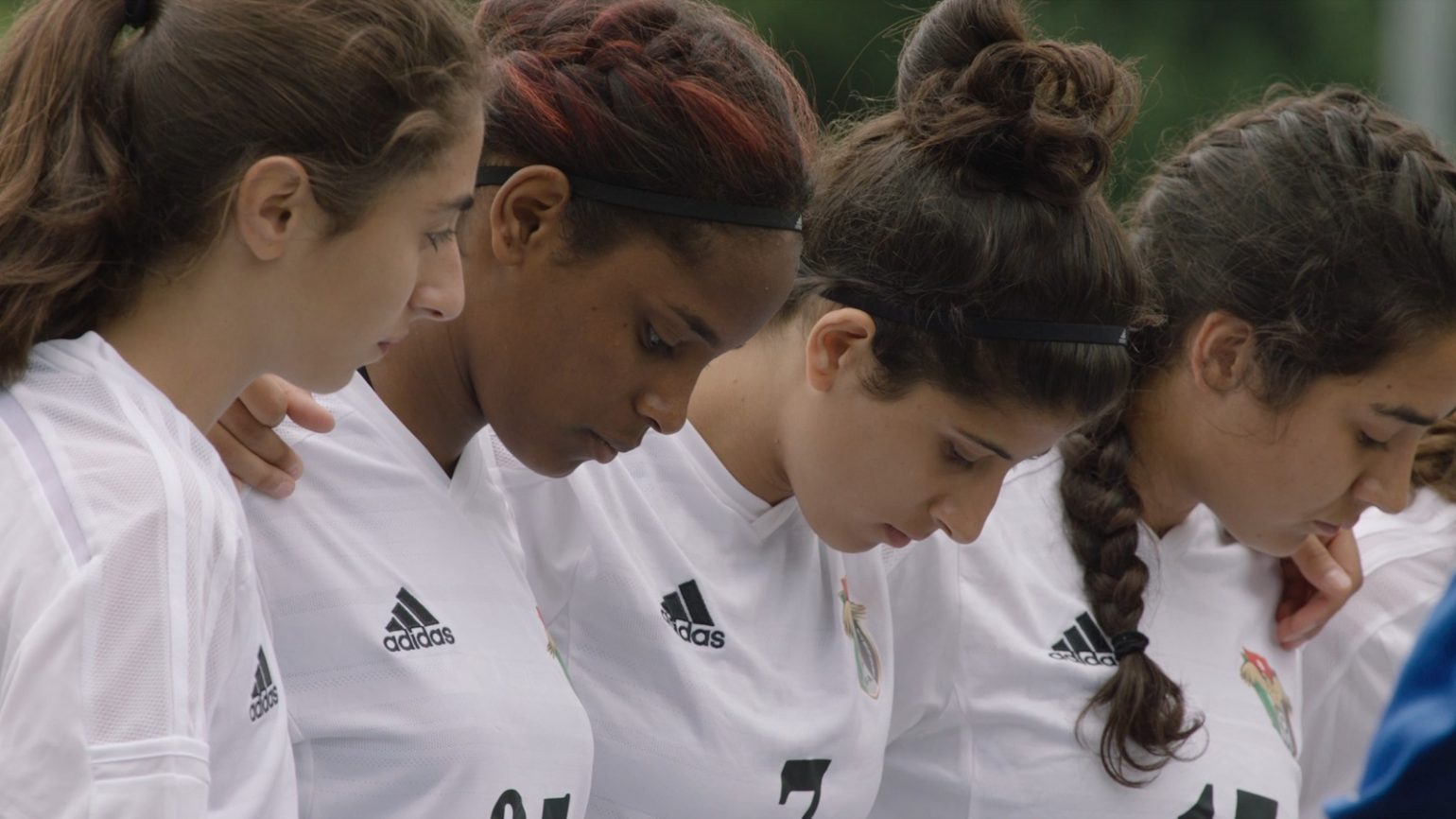 The Jordanian under-17 women’s soccer team prepares for the FIFA U17 Women’s World Cup, hosted by Jordan in 2016. Coming from different backgrounds, each of the girls has faced a different set of challenges as a national team player. But now they come together to face their biggest challenge yet. Will Anoud make it in the final squad? Will Leen be ready to play in this world-class event with so little time to prepare? Will the odds finally start working for the team? 17 follows their stories while instigating a social exploration into the lives of young women who are passionate about a sport they have been told was only for men.

Widad Shafakoj is a Jordanian-Spanish filmmaker who worked as a set designer before getting a scholarship in filmmaking at the SAE Institute. Shafakoj directed the award-winning short ID:000 (2012), a documentary that engages the topic of abused orphans in Jordan, which helped make significant changes in Jordanian law. She likewise directed THE LAST PASSENGER (2013), another short documentary that follows the story of escaped Syrian refugees from the Al Zaatari Refugee Camp in Jordan. 17 is her second feature documentary.