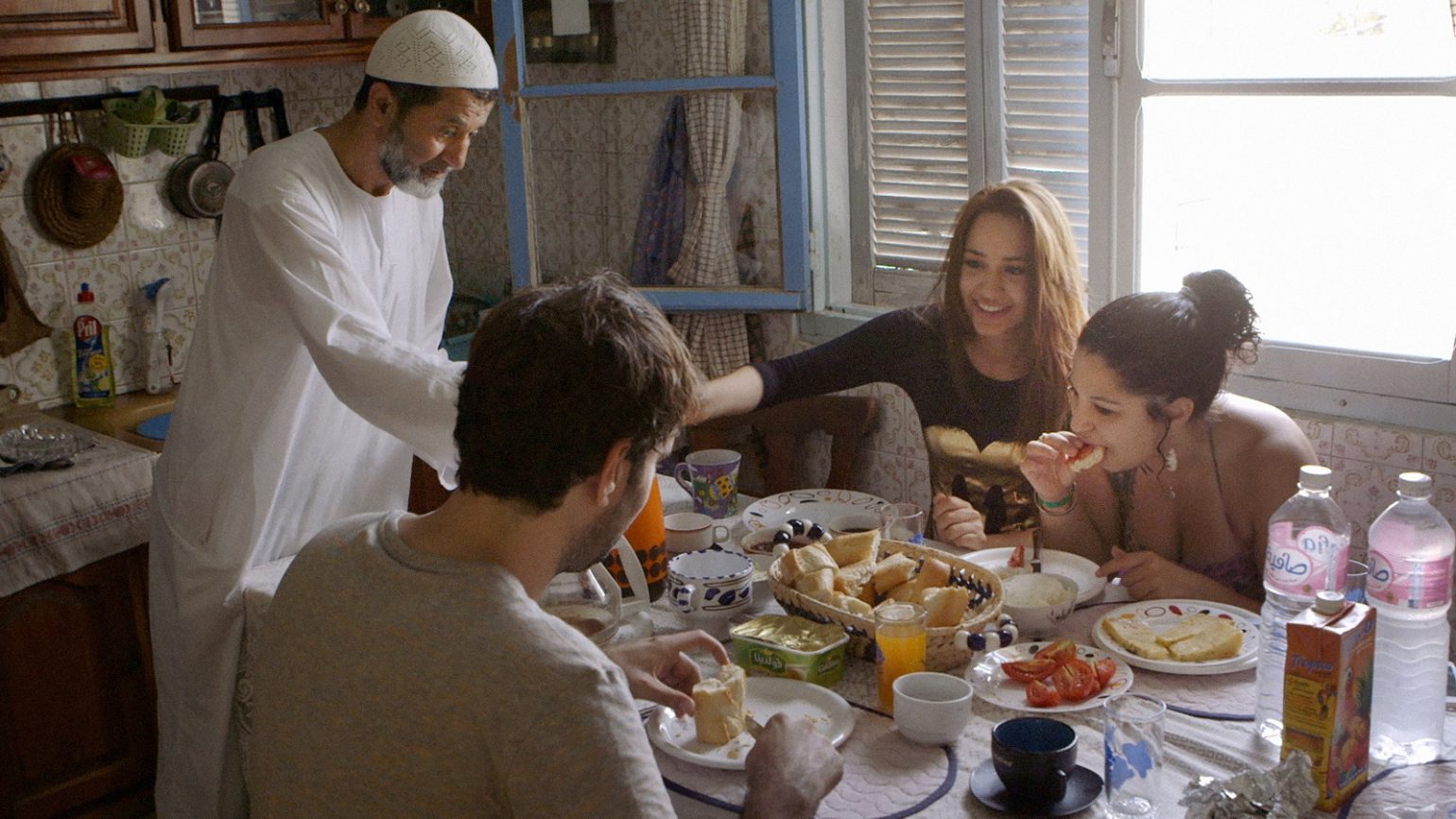 Through a candid, intrapersonal mobilization of participatory documentary filmmaking, filmmaker Alex Pitstra examines the gritty, and oftentimes, confounding details of how his Dutch mother and Tunisian father met over 3 decades ago via the “bezness” hustle – which reached an apex during the rise of mass tourism in the 1970s – where young, handsome Tunisian men beguiled older European women on holiday in hopes of attaining some sort of financial security. The product of such an encounter, and after receiving a letter from his father when he was 25 years old of whom he had not seen since childhood, Pitstra spends the next decade travelling between Holland and Tunisia attempting to make sense of the emotional expanse between him-self and the two disparate cultures through which he finds himself torn. Never hesitating to spotlight himself as an object of scrutiny, Pitstra wields a heightened timbre of honesty throughout his analysis that invites the viewer to question his motives, as a filmmaker, inasmuch as those of his subjects as he treks the winding, labyrinthine corridors of “the bezness.” Screened in the official selections of the 2016 Toronto International Film Festival and the 2017 International Film Festival Rotterdam.

Alex Pitstra studied audio-visual communication in Leeuwarden and made the short film MIXTAPE (2004), based on his own experiences as a DJ/producer in the music industry. He has also directed the short absurdist film SOLEX (2006).