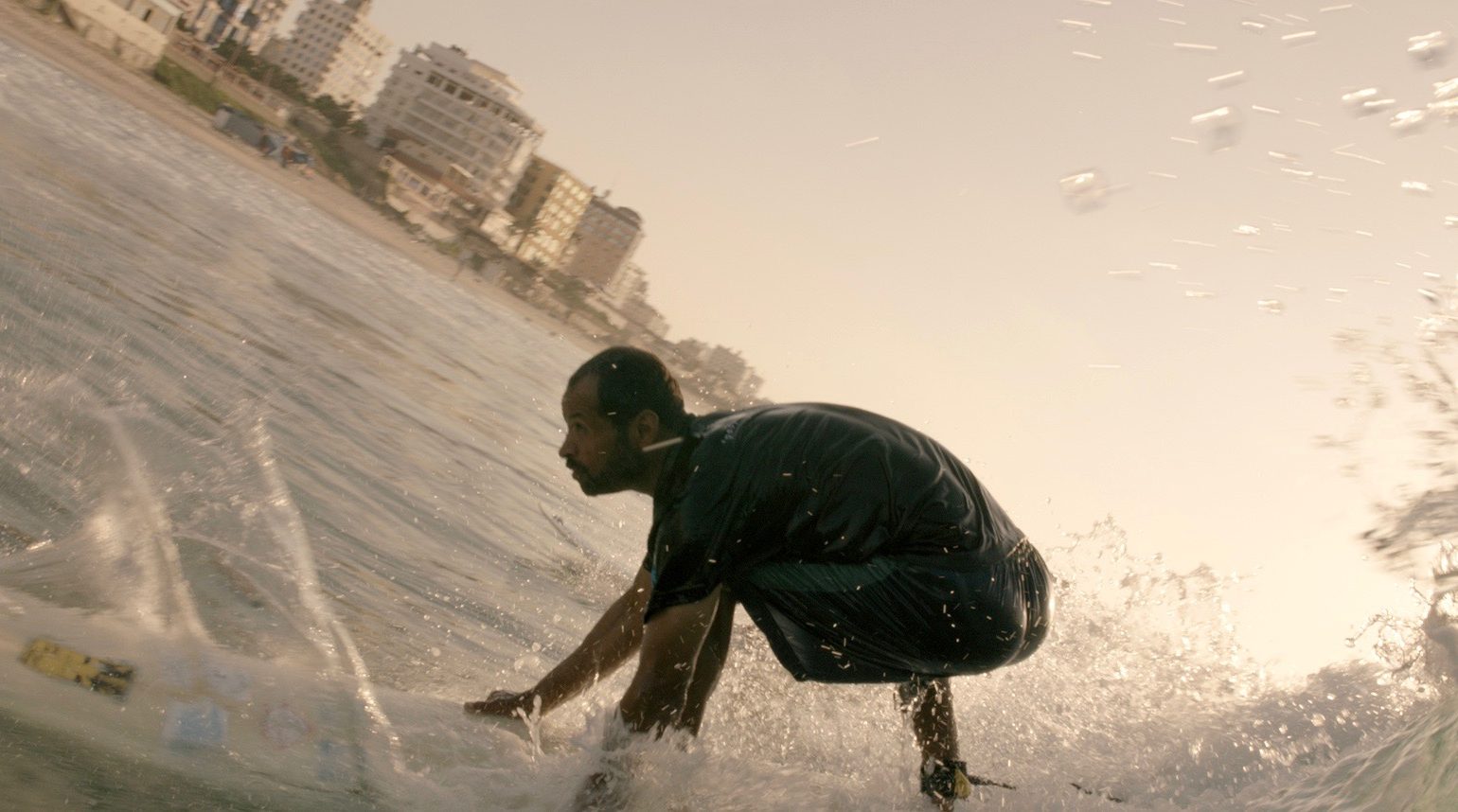 In the midst of rubble, debris, abandoned tanks, and bombed-out buildings that resemble the landscape of the post-apocalypse, the Gaza Strip and its 1.7 million denizens are no strangers to “social conflict.” With no immediate means of escape framed by an unknown future dictated by the mechanisms of apartheid, surf culture has emerged as an outlet for down-trodden youth to experience a taste of freedom, strewn across 26 miles of Mediterranean coastline. With a rough-around-the-edges yet sincere approach to documentary form, filmmakers Philip Gnadt and Mickey Yamine introduce viewers to Gaza’s surfing subculture, with the endpoint directed at revealing the ever-burning formations of hope that glow in the hearts and minds of Gazan youth in spite of the titan-like hurdles that beset them. Screened in the official selections of the 2016 Toronto and Dubai International Film Festivals.

Philip Gnadt was a camera assistant for five years in TV and film, before studying at the Media University in Stuttgart. In 2003, he received funding from the Baden-Wüerttemberg Film Academy for his documentary PAULA. He founded the production company Substanz Film in 2003. After various jobs in film and TV, Mickey Yamine studied film production at the HFF Film University in Babelsberg, Germany. His thesis film TROPIC OF BEAR (2010) won an honorable mention at the Locarno film festival. He founded the Berlin-based production company Little Bridge Pictures in 2013.