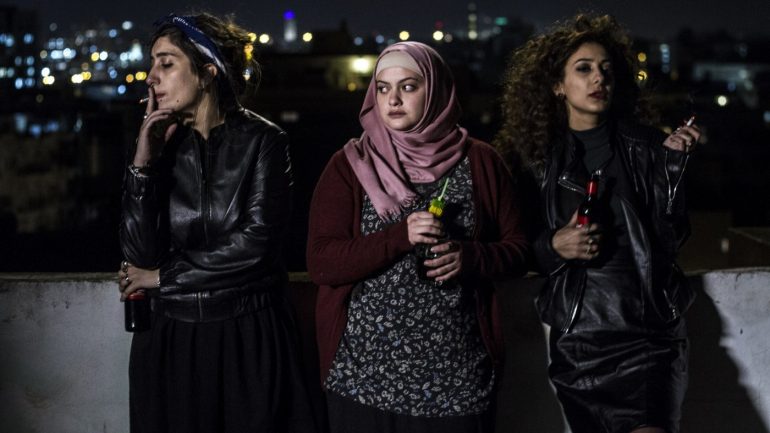 In Maysaloun Hamoud’s directorial debut, she tells the story of three Palestinian women living in Israeli society struggling with being accepted and deviating from the expectations of their culture. Lalia (Mouna Hawa), Salma (Sana Jammelieh), and Nur (Shaden Kanboura) are roommates living in Tel Aviv. Lalia, a criminal lawyer who likes to party after work, has found love with a modern Muslim man who can’t quite accept all sides of her. Salma, a DJ and bartender faces a difficult coming out as gay moment with her traditional Christian family. Nur is a college student who observes Islamic tradition and moves in with Lalia and Salma to be close to the university. When her conservative fiancé visits, however, he is threatened by her liberal roommates, and pressures her to move back to marry him immediately. All three women must learn how to accept themselves in the face of mounting pressure from their loved ones to conform. Screened at the Toronto International Film Festival.

Born in Budapest, Maysaloun Hamoud grew up in Dier Hanna, a village in northern Israel. After completing her BA in middle eastern history at the Hebrew University, a near death experience drove her towards a new beginning in film. She graduated from the Minshar Film School with honors, and has been living in Jaffa for the past 8 years. IN BETWEEN is her feature debut.