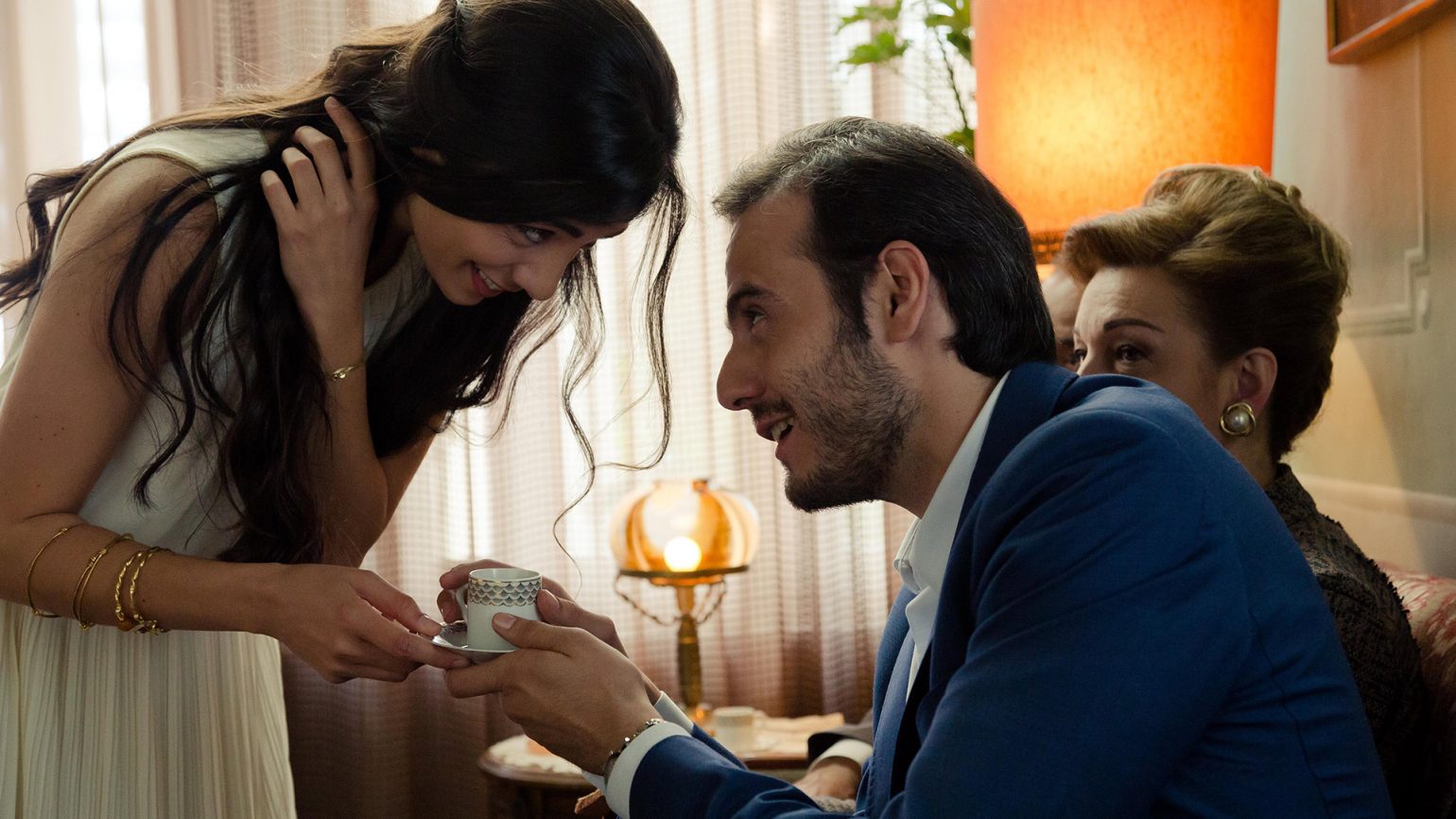 SOLITAIRE will open both the official Film Festival in San Francisco (October 13) as well as the Los Angeles edition (October 27).

The personal prejudices spewing from the Middle East’s political turmoils form the backdrop of SOLITAIRE, a tragicomic tale of the engagement-gone-wrong between a young Lebanese woman and her Syrian suitor. Playing out an intergenerational rift, it is fitting the film’s young lovers met earlier as family-free expats in the UAE, where first-time director Sophie Boutros is a manager at the American University in Dubai. But the subject here is a formal visit from Samer and his parents to the provincial Lebanese village home of sweetheart Ghada, to ask for her hand in marriage. Haunted by the memory of her brother – who died 20 years ago at the hands of a Syrian bomb – the bride-to-be’s mother Therese (Julia Kassar) is unashamedly racist towards her regional neighbors, a fact exacerbated by the recent refugee crisis, which has displaced more than 1.5 million Syrians into Lebanon’s 4.5 million population. At the movie’s outset, Therese spits out pickles made by refugees and snaps off the radio at the hint of a Syrian melody. What she does not know – due to a piece of absurd duplicity on the part of her husband Maurice, a philandering big-fish-small-pond town mayor – is that a Syrian family is about to arrive on her doorstep. And ask for her daughter’s hand. Played with gusto by Julia Kassar, Therese’s Machiavellian flair takes the movie into increasingly farcical turns as she makes outlandish attempts to thwart the union. (written by Rob Garratt)

Sophie Boutros has a degree in directing for TV and film from Beirut’s Académie Libanaise des Beaux-Arts (ALBA) and has worked on a number of music videos for leading Arab singers. She is currently the manager of student affairs & communication at the Mohammed Bin Rashid School for Communication (MBRSC) at the American University in Dubai. SOLITAIRE is her feature debut.