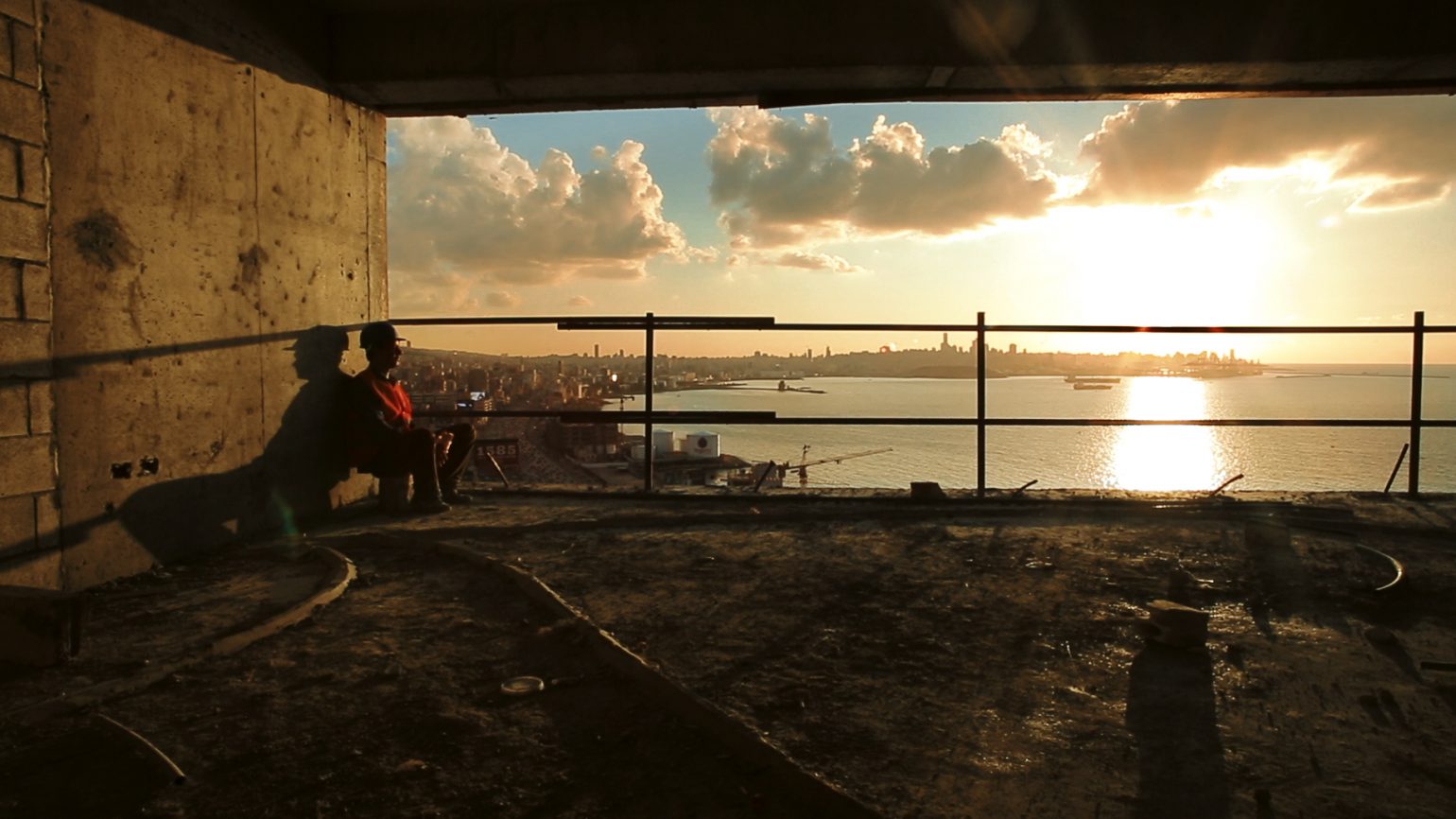 Each morning at sunrise, Syrian workers in Lebanon climb construction sites, their hammer strokes waking the country – a country they only know from a distance, as they are banned from moving through it, or swimming in its sea. While the workers rebuild Lebanese houses, the war in Syria destroys their own homes. That war brought together director Ziad Kalthoum, who left the Syrian Army to find refuge in Lebanon, and his fellow compatriots who work in Beirut. In this city, they share feelings of being alienated, unwanted and negated by Lebanese society. At night, they move into a hole underneath the construction site: their new home. Down here, the memories of home, war and what they have left behind plague them. Together, they share the pain and fear of losing their home country while finding themselves unable to construct a life for themselves. (written by the Doha Film Institute)

Ziad Kalthoum was born in Homs in 1981 and graduated after studies in film. He has worked as an assistant director on several films, series, and television programs, including Mohammad Malas’s LADDER TO DAMASCUS (2013). In 2011, he directed his first short documentary, OH MY HEART (2011), which was selected for the Carthage Film Festival. Kalthoum’s first feature-length documentary THE IMMORTAL SERGEANT (2013), deals with the schizophrenic encounters he experiences between his mandatory military service in the Syrian Army and his role as assistant director during the shooting of LADDER TO DAMASCUS. THE IMMORTAL SERGEANT was screened at the Locarno Film Festival in 2014 and the Fribourg International Film Festival in 2015. TASTE OF CEMENT is his second feature.