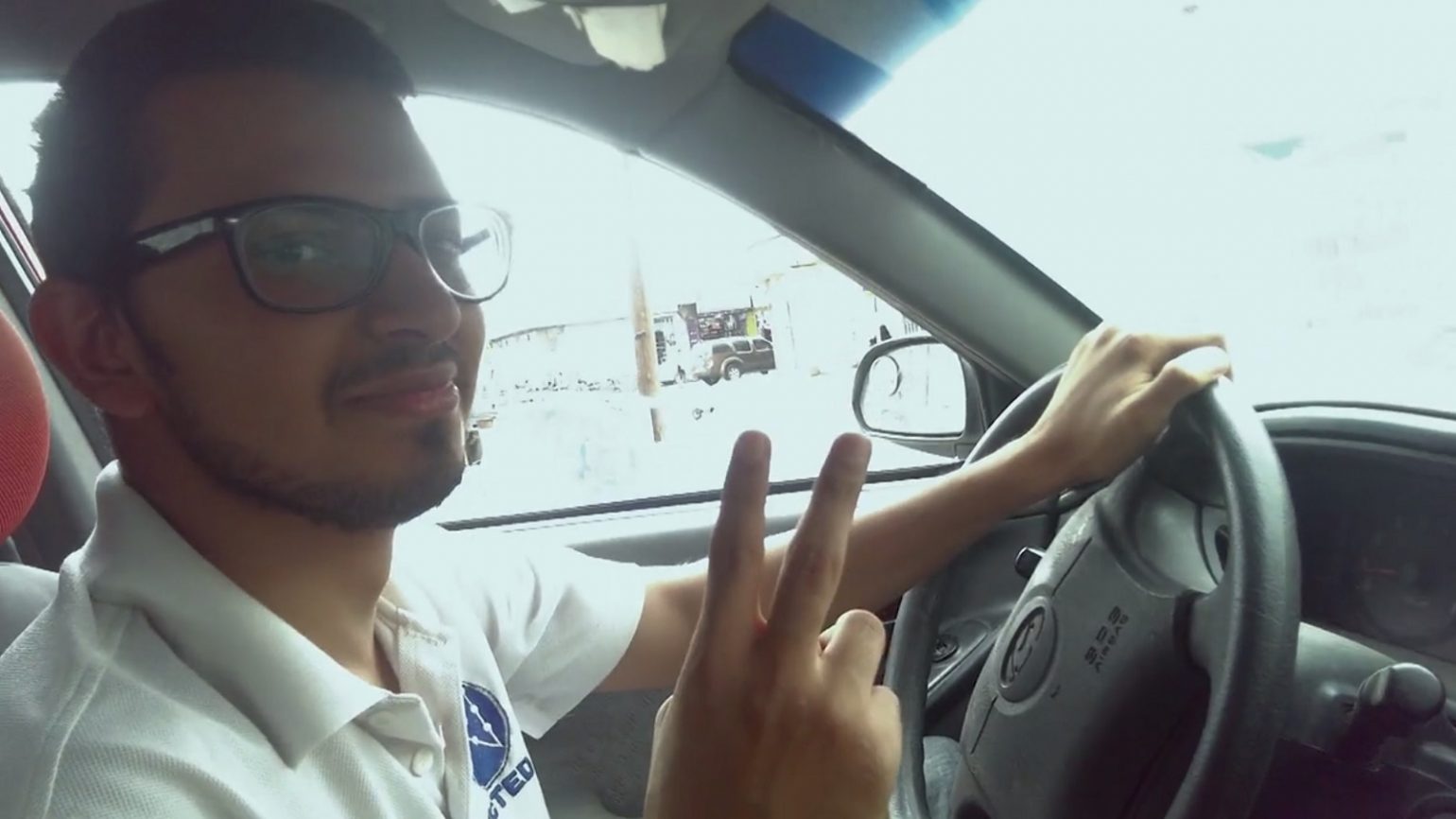 Portrait of a student-turned-taxi driver driving a taxi in a war zone.