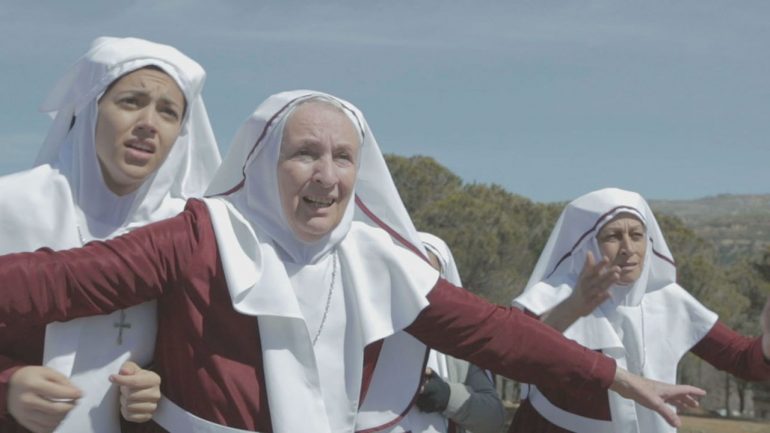 An isolated convent, where a group of nuns once lived happily, is visited by the Monsignor. He comes to announce that their land will be sold. During the visit, he accidentally steps on a mine that dates back to war times. Everything goes awry, panic sets in, and the faith is questioned as the madness of each of the characters comes to light…

Born in 1992 in Fayadieh, Lebanon, Michel Zarazir studied cinema at Beirut’s Académie Libanaise des Beaux-Arts (ALBA) where he got both his BA and MA degrees. UNDER THE ROBES is his Master’s thesis.