The Arab Film Festival returns to Los Angeles for a four-day showcase. Best way to enjoy is purchasing a pass!  Or select individual tickets below.

The Los Angeles Edition with open with the Lebanese romantic comedy, Solitaire (Mahbas).  The evening will include a reception starting at 7pm, and the film at 8pm. 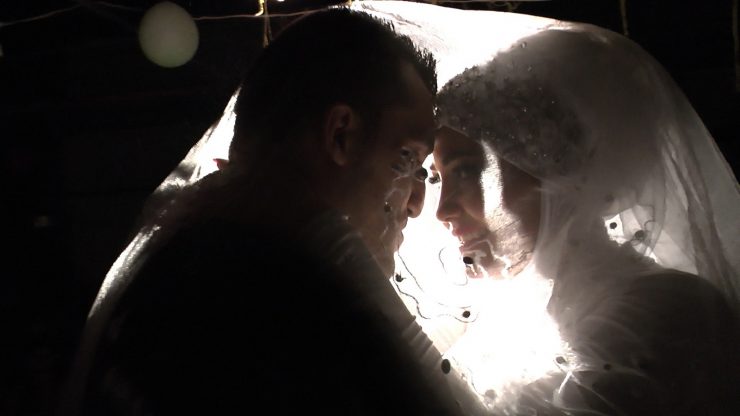 Far from a one-size-fits-all marking of "experience" so often depicted on Western media outlets when it comes to the plight of the refugee, this program of 5 powerful short documentaries spotlight the multitude of hues that should be considered when discussions of the refugee experience are had. From the Yarmouk and Ain El-Hilweh camps, to the streets of Berlin: Refugee Stories shows what it takes to hold onto one's dreams amidst devastating circumstances.
7:00 pm
Pasadena City College
see all dates 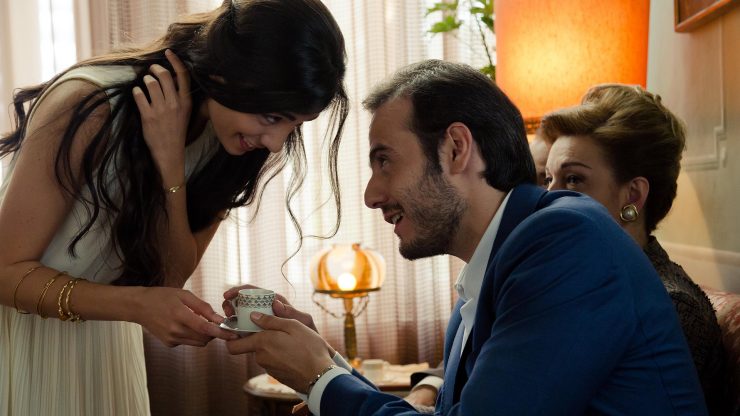 20 years past the Lebanese-Syrian war and Therese is still embittered towards everything "Syria" due to her beloved brother’s death by a Syrian bomb. Today, she joyfully prepares for a visit of her daughter's suitor and his parents; however, when the long-awaited guests arrive, and to Therese's dismay: it's discovered... they are Syrian!
8:00 pm
Harmony Gold
see all dates 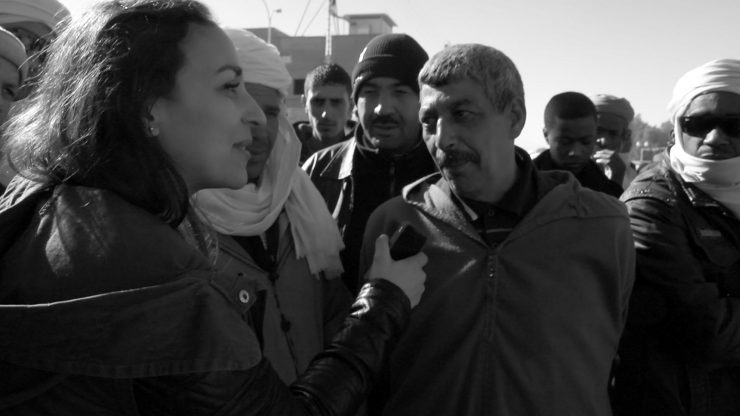 Investigative journalist Nedjma traverses various social landscapes in Algeria to uncover the appeal of "Wahhabism," especially in relation to modern day youth culture, and the perils of Salafi readings of the Koran.
1:30 pm
Harmony Gold
see all dates 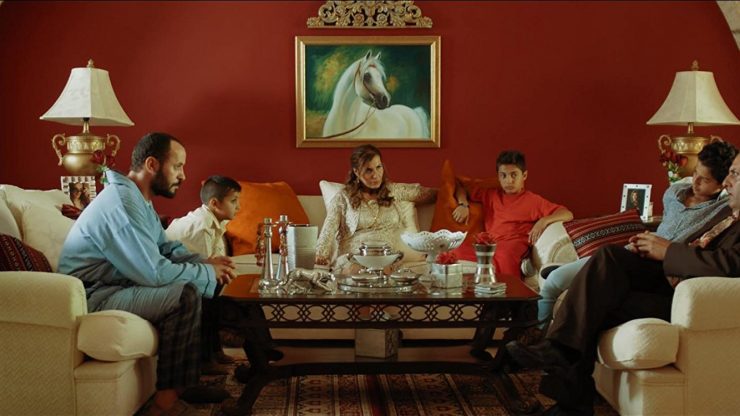 From dating drama in Bahrain and an abandoned Qatari cinemaplex, to wacky Lebanese nuns and land mine explosions, this eclectic mix of 6 whimsical, albeit socially-concerned short format narrative works will take viewers on a journey of humor, self-discovery, and provocation.
4:00 pm
Harmony Gold
see all dates 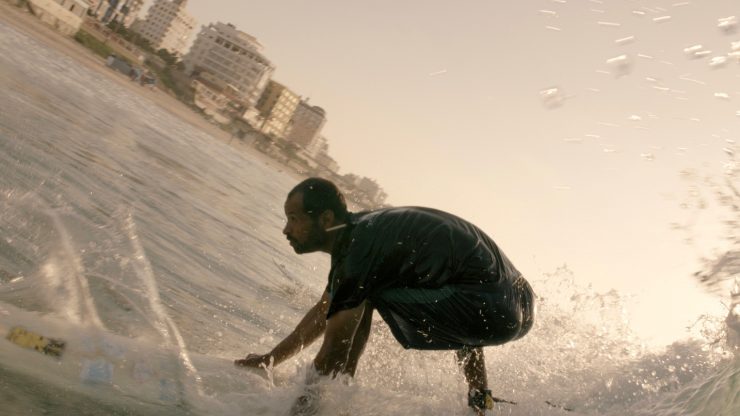 A deep dive "on ground zero" spotlight on Gaza's surf community, which has experienced, survived, and overcome a multitude of obstacles synonymous with the pains of occupation.
6:00 pm
Harmony Gold
see all dates 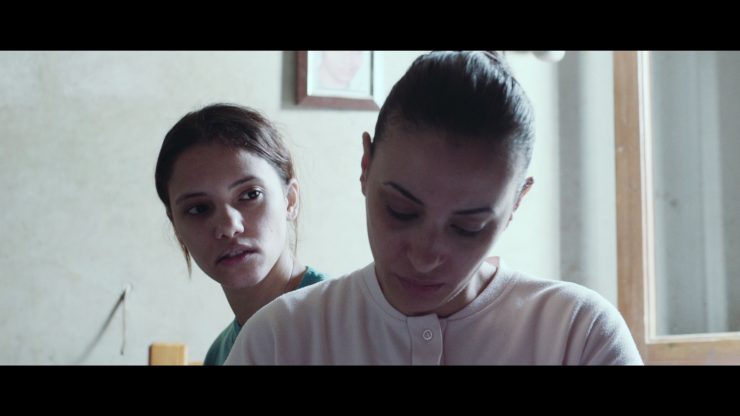 Still reeling from the death of her parents, Iman is tasked with coordinating traditional marriage proposal procedures on behalf of her younger sister, Noha. With no male relative available to facilitate the proposal (in accordance with local customs), Iman is forced to make a difficult, unconventional decision.
8:00 pm
Harmony Gold
see all dates 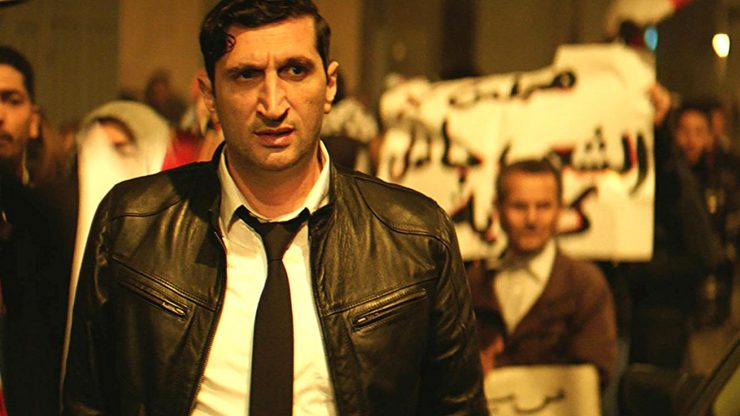 Cairo 2011, just weeks before the revolution. Police detective Noredin, working in the infamous Kasr el-Nil Police Station, is handed the case of a murdered singer. He soon realizes that the investigation concerns elite players, close to the President’s inner circle.
9:30 pm
Harmony Gold
see all dates 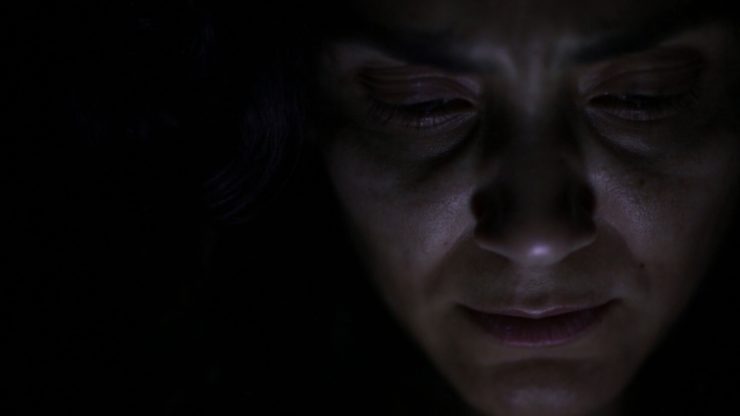 A compilation of moody short narratives that demonstrate superbly crafted visual storytelling while engaging important socio-political realities of various parts of the Arab World and beyond. From a father who seeks to protect his only daughter from ISIS to an experimental rendering of Gaza's 2014 Shujaiya massacre: these films are captivating inasmuch as they touch upon pressing issues.
2:00 pm
Harmony Gold
see all dates 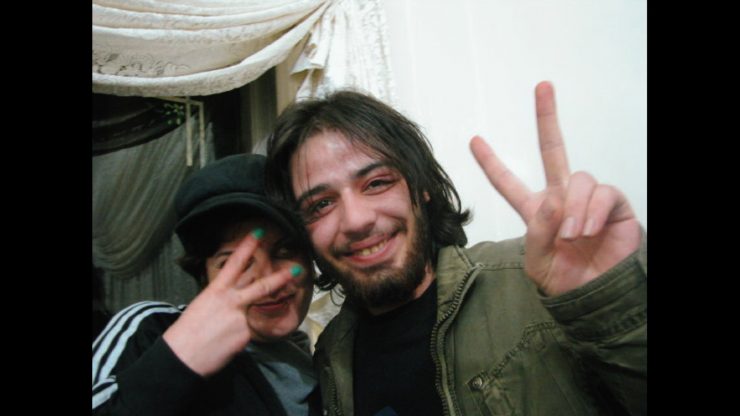 Radio host and DJ Obaidah documents the events before, during, and after the 2011 Syrian uprising, alongside the devastation that radically changed her country through an intimate, personal journey of violence, sacrifice, and hope.
4:00 pm
Harmony Gold
see all dates 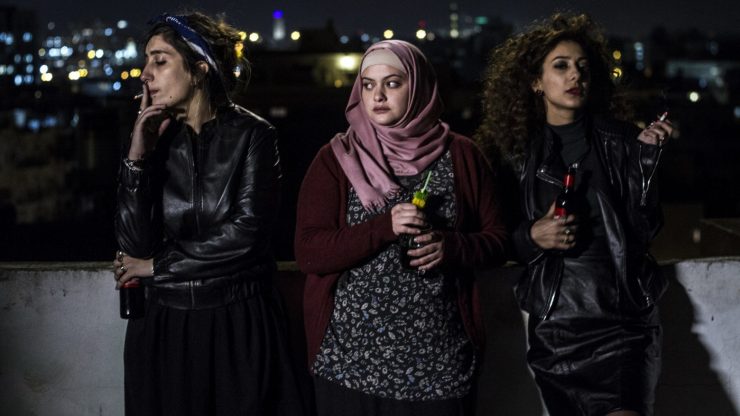 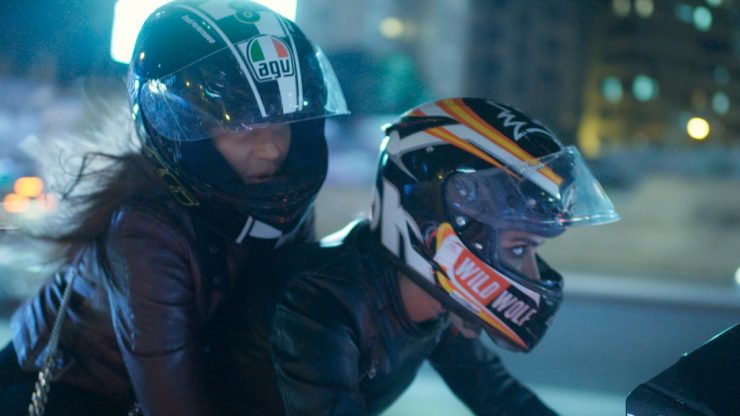 Housewife poker player extraordinaire Lana gets caught up in Beirut's underground gambling scene where gangsters, pimps, and psychopaths commingle. As she delves deeper into the elite, criminal underbelly of the high roller lifestyle, what will become of her once idyllic family life?
8:30 pm
Harmony Gold
see all dates